Is There a Difference Between Plaque and Tartar? 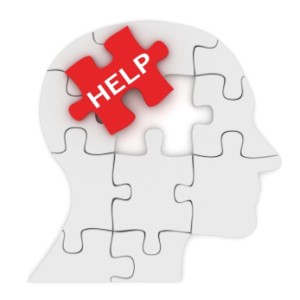 Yes, there is absolutely a difference between plaque and tartar. Often times people have these terms confused. They may believe that plaque and tartar are terms that can be used interchangeably. However, they are different in a subtle way, but as dentists in Downtown, Los Angeles we’ll educate you on the differences. It may even motivate you to brush!

The Difference Between Plaque and Tartar

Plaque is often described as a sticky film that builds up overtime on the teeth. It bears no color and therefore makes it very difficult to see. But for our sake, assume that it’s always within your mouth despite how closely you analyze everything.

Plaque contains millions of bacteria. Bacteria are alive and as a result, they become hungry… probably more hungry than we are. What do they feed on? Good question. They feed on the sugars contained within the foods we consume. And when they feed, they produce acids that attack our enamel. This is what causes tooth decay to occur. After enough decay, we begin both seeing and feeling the results in the form of a dental cavity.

Plaque forms at the gum line. This is why dentists demonstrate brushing at the gum line, because you will be attacking the plaque if done properly. Plaque is constantly growing in your mouth as a result of consuming food – which is necessary for survival.

Consider it an on-going war. Just make sure you’re winning the battles!

Here’s the deal. When you let plaque build up overtime it doesn’t just stay as plaque. That matter must go somewhere – unfortunately it will not just disappear. In comes tartar. Plaque that has been sitting along the gum line for so long will eventually mineralize, or harden, into tartar.

Here’s what you don’t want to hear: tartar cannot be removed through brushing and flossing. Brushing and flossing are techniques used to prevent tartar from occurring. But of course, even the world’s best “brusher” and “flosser” will not effectively remove all plaque.

So who can remove tartar? Easy – your dentist!

Dentists have special tools and techniques that will remove tartar from the mouth and essentially restart the process. If you see your dentist every 6 months then you’re doing your part to win the battles of the war. If you do not, then that tartar will eventually cause a host of problems. Decay is just the start.

I found Dr. Sam and David Ganji online and have been thoroughly impressed ever since. Their friendly attitude, attention to detail, and professional service easily make them my favorite dentists. In fact, my whole family loves them, including my children!

The Ganji brothers are seriously in the Top 3 best dentists of Los Angeles. They never seem to be in a rush and listen to every one of your questions and concerns – guiding you the whole way. "Honest Dentists" are the best way to describe them.

Dr. David and his staff are very personable and thoughtful. They do a great job of always making me feel comfortable. I have been coming here for two years and have enjoyed the personal relationship that I have developed with this dental office. I highly recommend it. Thank You!

Love all their staff, very polite and welcoming. Their services are great, x-rays are so quick. My favorite part is I have no more old metal fillings. The Doctors have a great practice in DTLA.

I couldn't thank Dr. Sam and David Ganji enough. As someone who is afraid of the dentist, I am glad to have finally found a pair of dentists who actually know how to make you feel comfortable. Thank you so much!

At Washington Dental, we are always ready to answer any questions or address any concerns you might have concerning your oral health. For further information on any tooth problem or dental procedure, or to schedule an appointment, simply call us at 310-217-1507.

If you are a new patient, be sure to take advantage of our free initial dental exam inclusive of digital dental X-rays. And if you stop by our office in Carson, Lomita, or Downtown L.A., we are confident you will find our lobby comfortable, our treatment center fully modern, and our dentists/staff both knowledgeable and friendly

We have the experience and know how to take care of all your dental needs. Visit us today and see why we have such great reviews! 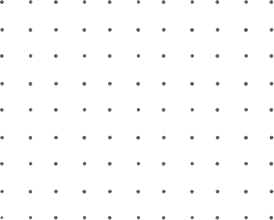